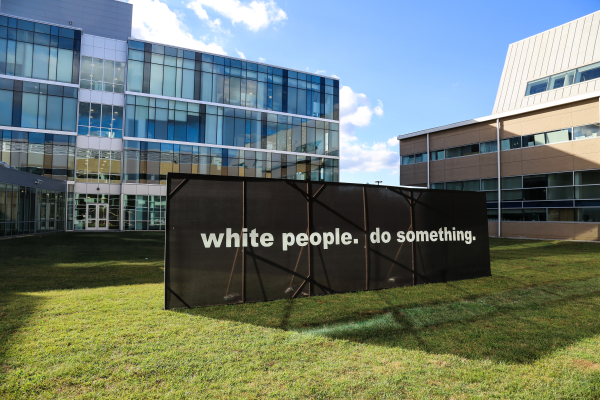 This morning I read a post over at Writers’ Rumpus focussing on what role non-marginalized writers can and should have in the diverse books movement. I’m a white woman writing picture books, and it is a question that I think about a lot.

My first picture book, BAT COUNT, is due out in spring of 2017, and a funny thing happened on the way to publication…

After the publisher bought it, they sent me an author questionnaire. It included a question asking for ideas about the book’s design. My first thought had to do with space — I really wanted there to be space on the pages: the story involves bats, and is set at dusk, and so space and sky felt important.

My second thought was: is there any reason that the characters have to be white?

Posing that question felt both obvious and a little uncomfortable, but it also felt worth asking. Really: just because I — like the majority of the kid lit world — am white, does that mean the characters have to be too? What I wrote, exactly, was:

Also: it would be interesting if the characters weren’t necessarily white. Environmental science fields are disproportionately populated by Caucasians, and it could be a good thing for kids of color to see kids who look like them getting involved in scientific inquiry.

The book is “ficinformational”: it is a reassuring bedtime story and also introduces kids to bats, White Nose Syndrome, and the practice of citizen science. What I wrote in my notes was what I believed, though looking back at those words now, I’m struck by their hesitation. “Interesting”, “weren’t necessarily” and “could be” – there’s serious discomfort there, right? And “Caucasian”?! How about “white”!

There was some white guilt at play, for sure. And some newbie anxiety: are authors allowed to offer this sort of input? And, too, the uncomfortable business of raising questions about race to publishers who I have never met and ultimately know very little about.

Fast forward to this April: I received the first sketches. When I opened the pdf my stomach did a huge flip-flop – not only from the thrill of seeing the story made visual, or because illustrator Susan Detwiler — also a white woman — had done SUCH beautiful drawings, but also because the publisher and she had run with that cautious suggestion: the book’s characters were black.

I panicked. Then I hit the phones and queried all my friends who think a lot about race and social justice – black, white and other – to share my doubts. Was the suggestion patronizing in the first place? Is it not my place to try to right the ship in this one small way?

Everyone was reassuring — but they all also know me. And they’re my friends.

The book goes to the printer in a month. Questions linger though, and new ones crop up. Does it make it more ok that I’m white since the book doesn’t address race or any culturally specific themes? Or: did I just slot black characters into a white world, in some sort of contorted version of black-face?

BAT COUNT, when it is out, will speak for itself in some measure. By some assessments it will seem like a good thing that the book features black characters. By others, it won’t. And still others won’t give it second thought. When I start spinning again on these issues — like I did this morning after reading that post — I sometimes find myself wishing I was in that latter camp and could feel less angst. But hard as these questions are, they are so important. And it’s great that so many people in the kid lit world are jumping in to embrace them.